From the Great Depression to the Gig Economy

From the Great
Depression to the
Gig Economy 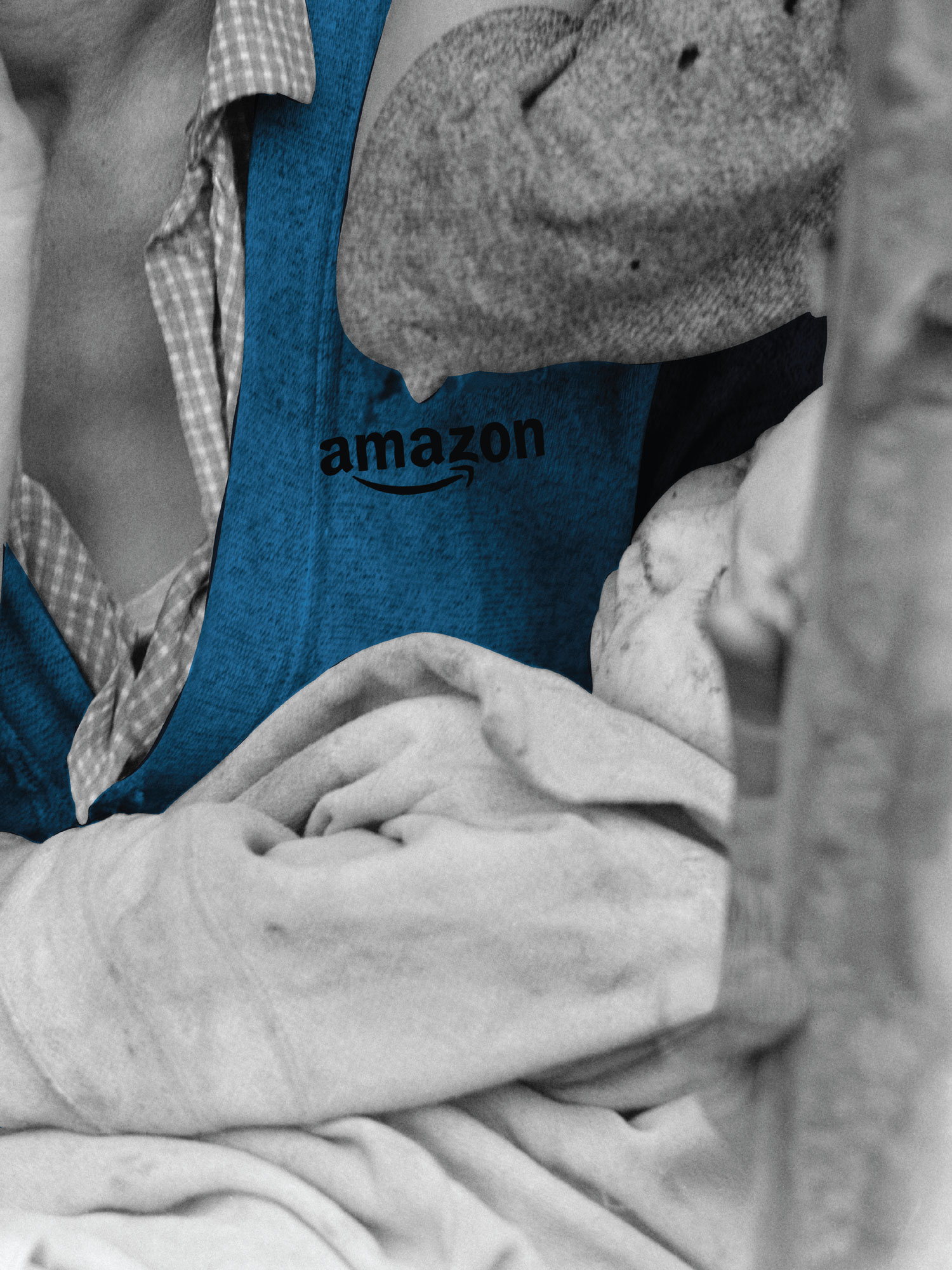 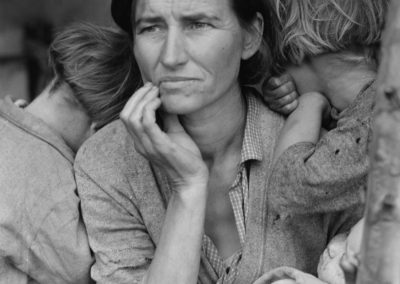 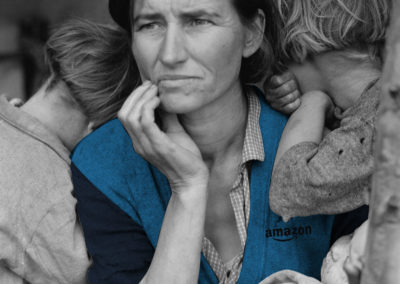 A project studying the exploitation of workers in today’s economy wouldn’t be complete without including Amazon. When the company rakes in billions, taking advantage (pun intended) of many who have no choice but to order necessities online to avoid contracting a dangerous virus. Considering the countless unemployed, the evicted, and those having to juggle child-care and online school while trying to work from home, such egregious hoarding of money can’t be ignored.

But at least Bezos got to fly in a giant phallus into the upper atmosphere?

It was hard to decide which big-bad to include between the 3, and I wasn’t willing to make 3 large works as they take a lot of time. Walmart was the obvious choice as they have been destroying local economies most of my life., and I had some personal experience with Target, but Amazon loomed large while developing the project. I also had some difficulty choosing which work would be large-scale. Walmart and Target had the most impactful uniforms in terms of color. But Amazon is quickly becoming the worst of the worst of exploiters. But their uniforms aren’t as bright, so I chose to make it smaller to draw you closer to the image, forcing the viewer to look closely at how Flo’s expression as she looks off into the distance contemplating whether or not she will get to pee anytime soon.

So in addition to Flo’s two other low-paying jobs, she delivers for Amazon Fresh when she has the time.