Today Democracy Now! interviewed Representative John Lewis, a 13 term congressman from Georgia and Civil Rights icon. They read a quote from his book about how each progressive movement grows from the previous movement that I want to share: 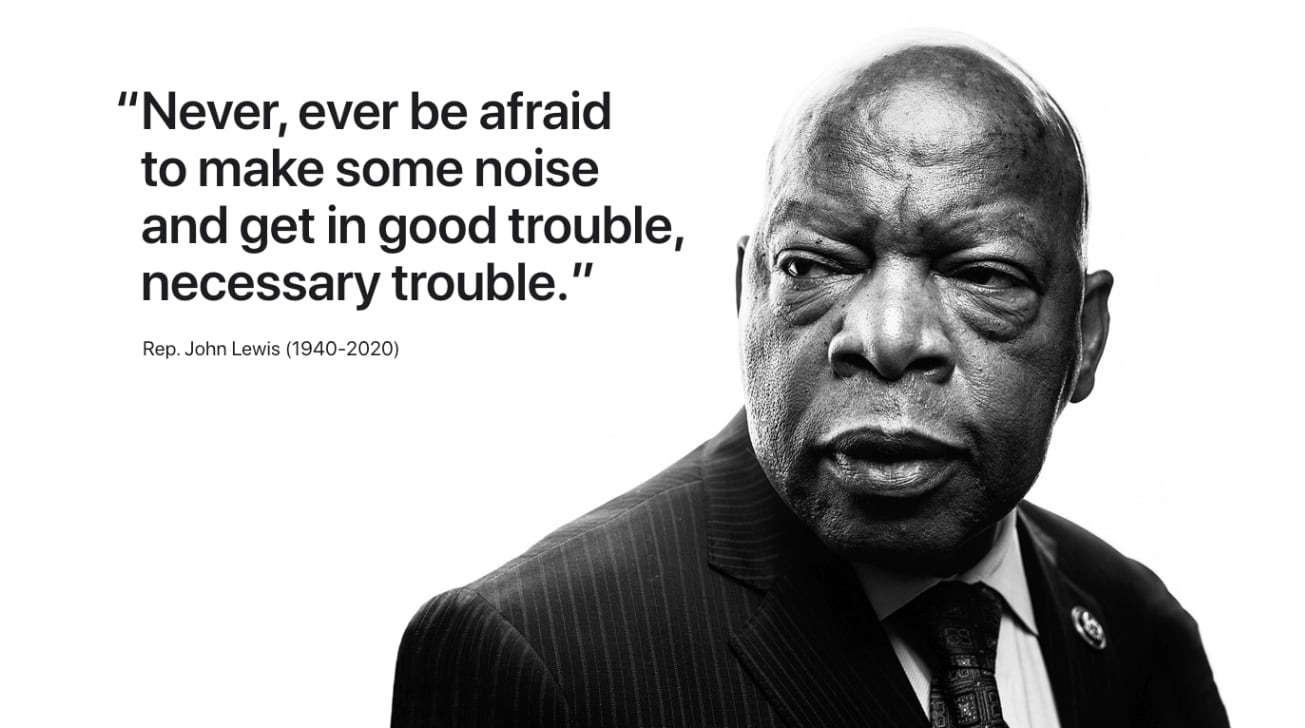 It contrasts what I’ve been thinking lately about the voter ID laws. The conservative movement also learns from the previous generation, and they also get better at what they do. During the Civil Rights movement people were shot for registering people to vote and beaten and arrested when attempting to legally register.

The new generation knows too well that this wouldn’t fly (It’s not “politically correct”). So the rhetoric now speaks of illegality and those who shouldn’t vote because “if you can’t get a legal ID you must be up to no good.”

Things may not be as bad as in Montgomery of Selma, but codifying ID requirements for voting is not at all different from the IQ and literacy requirements of yore. And we all know how that went.
What’s so clever about the right’s new talking points is how nice it sounds on the television. Normal everyday people see nothing wrong in the argument, I mean, they aren’t advocating dogs and fire-hoses, they just want to be sure that everything is nice and legal, that when they go to vote they can be sure to have a nice fluffy feeling in their tummy.

One of my conservative friends made a comparison between an ID for voting to a Fishing License, that if he has to show an ID for a “stupid fish” why not for “the most sacred secular thing a citizen can do.” Logical right?

Now it is easy for us to deconstruct that argument; that a fishing license is designed as a limit, a hindrance to overfishing and helps fund the policing of said limits. Similarly, voter IDs are a limiting factor, a hindrance to the “sacred act” of voting. Exactly what the Voting Rights Act made illegal.
Interestingly he also mentioned how easy it was to get an ID at the DMV so what’s the big deal, while not a few days earlier saying how horrible it would be to get Healthcare at the DMV because those places are terrible and inefficient and hard to deal with. So you see that the the place he is coming from is not a logical or well-thought-out place.

That being said their argument that they are simply trying to protect voting and make certain elections are legal and constitutional, is patently illegal and unconstitutional.

But those designing the rhetoric know that it is harder to deconstruct the “New and Improved Fluffy Legal” argument than the “Violence and Murder to keep Black people from Voting” argument. And they know well that nuance doesn’t make good television, especially when pitted against Nice ‘n’ Fluffy.

Luckily, at least at the moment, there are pretty good people in charge who kinda know about what is legal and constitutional.