CPoS: Death-Knell of the Humanities.

As I was doing research for another post about the significant failures issues within Higher Ed, some incredibly relevant developments occurred within my institution that necessitated some more angry writing. Specifically, a major reorganization of the school that refocuses, or rather more tightly focuses, the mission on training good little Amazon workers job preparedness.

What would you say… ya do here? Clip from Office Space, 1999

As someone who has been laid off twice, I immediately recognized the double-speak and false enthusiasm that leads to more questions than answers, creating a pall that hangs over the school like an effluent fog. The writing is on the wall, and, as with most lay-offs and budget cuts, the arts will be the first to get the ax. That writing says things like consultancy, sunsetting, revenues, TPS Reports, and program review. That first one was really the kicker for me. It’s so much easier to pawn off the responsibility of eliminating people’s livelihoods on someone else. With this need for cuts, I wonder how much a consultant costs the institution? Full disclosure; the administration has promised that no faculty will be lost in the sunsetting process. But Adjuncts aren’t considered Faculty and constitute 80% of instruction. So how many of them will be cut? I can’t imagine anyone sticking around for long once a program is eliminated. Impossible to make such an optimistic promise amidst cuts and significant institutional changes.

*Update since writing this: my program has been officially sunset, meaning we’re done as soon as current art majors graduate.*

All that said, there’s one small but all-important detail that I nearly missed in the deluge of program review emails and Zoom meetings, as it was barely if at all, mentioned. It’s the apparently overdue adoption of CPoS, a rule mandated by the Department of Education regarding student financial aid and how it’s allocated. This rule, which was only spoken of when administrators were pressed, will ensure the demise of the Humanities and, consequently, Higher-Ed as we know it.

So, what is CPoS? The acronym stands for Courses in Program of Study. Finding this rule on the Department of Education’s website or any primary government source is damn near impossible. From the emails and the few .edu websites referencing it, I gather it is a rule embedded in Title IV that states Federal financial aid will only cover courses within one’s major. Any course outside one’s program of study must be paid for out-of-pocket. Apparently, the justification is to limit student debt load in response to the debt crisis. A degree is required for a well-paying job (supposedly, as we will discover), but we also require crushing debt that negates any increase in income.

I understand the impetus to decrease the amount of money one has to borrow. But this solution goes against the very purpose of receiving a higher education. It seems obvious to say that education is about expanding horizons, not limiting them. But instead of decreasing the debt by addressing overall college costs, like top-heavy and highly paid administrations, this rule limits student choice. Put another way, Instead of increasing overall funding for colleges to offset the need for financial aid, CPoS essentially decreases funding and thus learning opportunities.

This limits students rather than enriches them, defining their role in society before they have the opportunity to define themselves. 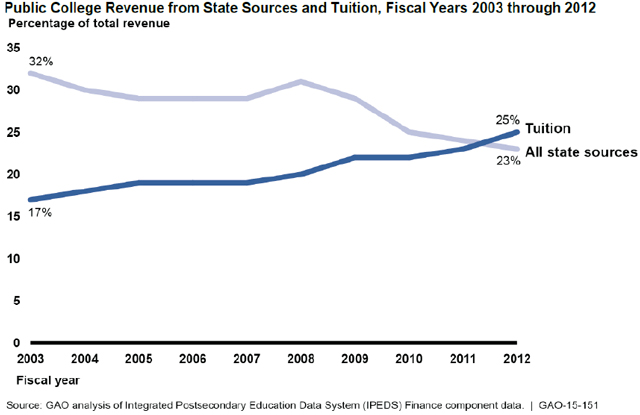 This rule will discourage the students who take my Art History, Art Appreciation, and Studio courses for the sake of learning something new. While most degrees do require a few electives, they are limited. A lot of students fill out their schedules with additional courses of interest. Sure they can always pay out of pocket. However, Community College students are not likely able to shoulder the $700-$1200 per course. I will lose an already limited number of students in my small Art Department. And this applies to other Humanities departments. English, Theater, Philosophy, Anthropology, etc. are all areas of study on the chopping block.

CPoS also limits students to one major. They are pressured to declare early and will likely get stuck with that early choice. They certainly are allowed to change their minds, but how could they if they don’t have the opportunity to explore other areas of study? I’d be willing to bet I’ve changed a few minds in my courses to either become an artist or (to ensure I’m not too presumptuous) leave art for something else.

This rule will destroy the spirit of curiosity and exploration that makes learning worthwhile. Just doing something to “earn a living” kills the human spirit. And while it’s great to know a better paycheck is in store, that’s not the point of post-secondary education. Many can get a good-paying job without a degree. Apprenticeships and on-the-job training also correlate to higher pay.

That said, the arts foster job skills applicable to any career. We teach students how to communicate effectively and clearly, whether visually or writing. Good communication has most certainly appeared in a job description or two. In addition, the problem-solving inherent in applying the most appropriate materials and techniques to personal narratives translate into creative ideation and critical thinking skills. This would appear in a job application as “thinking outside of the box.”

And what’s more, the observational skills learned in visually analyzing and translating what one sees into images are what a job description would call “attention to detail.” Finally, ask any artist, and they will say their work never turns out as planned. There is nearly always a struggle to solve problems to achieve something closely resembling the initial idea. If that doesn’t create keen problem solvers and critical thinkers…

But the Humanities also teach something not seen in any job description but is entirely absent from our society if the past two years are any indication: empathy. Whether through visual or performative means, telling stories creates empathy. The sharing of stories, especially those by marginalized people, normalizes and humanizes the creator in the eyes of the viewer. The Humanities teach us about our remarkable similarities and differences, our wonderful flaws, and the incredible achievements that define our species. And we all have stories that should be heard.

Science bears this out: “a crucial element of esthetic response consists of the activation of embodied mechanisms encompassing the simulation of actions, emotions and corporeal sensation, and that these mechanisms are universal.” When you see a figurative sculpture or image (or actor on stage), you connect physically. The expressive characteristics and positions of another human register in the same areas of your body: “physical empathy easily transmutes into a feeling of empathy for the emotional consequences of the ways in which the body is damaged or mutilated. Even when the image contains no overt emotional component, a sense of bodily resonance can arise.” And this research goes beyond the figurative and includes abstract and architectural works as sources of empathetic responses. We tend to anthropomorphize objects and place ourselves imaginatively into viewed contexts. Look up an image of the giant narthex door to a Gothic Cathedral; I’ll bet you can feel yourself standing in it.

One final problem with CPoS’ dismantling of the humanities, specifically at the Community College level. We are essentially telling CC students who are predominately socio and/or economically disadvantaged that a job-related future is the only kind they deserve. Only one-third of CC students will end up transferring. My best guess is that most move on to the workforce, which isn’t surprising considering the all-encompassing focus on jobs, jobs, and jobs. The type of education that nurtures one’s humanity is being taken away from these students, meaning our society sees socio-economically disadvantaged individuals as undeserving of development as human beings. Instead, they are seen as fodder for the workforce. But if you are lucky to be born into a socio-economic status where daddy can afford to pay for college a 4-year degree is an assumed outcome, you are being told you deserve an education that develops your humanity and your job skills. We treat this kind of education as a luxury only available to the privileged.

As someone whose education was a forgone conclusion, I am one of the privileged ones. I teach to bring that experience and knowledge to underserved communities. But I’m being pushed aside to make room for the job du jour. We are sacrificing long-term societal growth for short-term financial security, which we could ensure if we cared about helping others (I wish there was a remedy for that).

As a colleague said in a meeting discussing the potential sunsetting of the Art major, the arts “breath life, color, camaraderie into an otherwise disparate institution… (and) embody and put the community into the Community College…”

CPoS is a bad rule and should be rescinded, or at the least not implemented. Otherwise, my students will lose out on a well-rounded education, and this Humanities scholar will have to leave Higher-Ed.