Cheaters Always Win, or, Can Anyone Tell Me How One Might Launder My Drug Money? 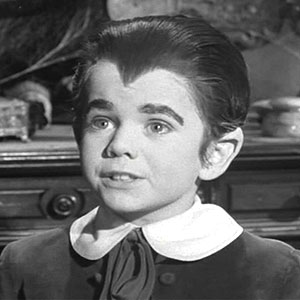 I know I bitch about jobs and the economy a lot. I mean, being barely employed and dealing with my bank puts me in a mood.

But today amidst my post-bank-conversation bitterness, I got to thinking, I’m trying to do this the right way. I don’t spend money frivolously, I work hard when there is work, and only spend the earnings on bills and my once-a-week sanity maintenance regimen of beers and politics.

But the bank couldn’t forgive this fee, or release that check, because I went to Starbucks last week and bought a small coffee, which clearly means I’m irresponsible.

Fuck You bank. Fuck you lots.

Stomping around Center City I had an “Office Space” moment: I thought, “I’ve done things right so far and I’m still getting shat upon. So why not cheat? Why not break the rules? Why not steal and embezzle and con my way through life, because it seems that is the only way to survive these days.”

Then I realized that I don’t know a thing about crime, or embezzlement, and would likely look up “How To Rob A Bank” on Yahoo Answers and get arrested immediately (I wonder if there’s some sort of correspondence course on Pyramid Schemes).

Just so you know this isn’t all about me (60-40 me?), I’ve been thinking along these same lines regarding the Republican candidate for awhile now.

Mitt Romney leaned on the accomplishments of his parents, risked other peoples money to invest and stood on the shoulders of workers, (more accurately laid off-workers http://bit.ly/OTnC7r), and is rolling in dough. Rather than working the system and earning his place, he gamed the system and he won his place.

He never committed a crime, but it sure as shit was immoral.

The idea that cheaters always win has become a commonplace strategy. Karl Rove outed a CIA agent, Voter ID Laws are being passed and Planned Parenthood is being gutted.

All this because the right can’t justify a war’s legality, they can’t get votes because they alienate most of the country, and they can’t make abortion illegal. So they cheat to get their way.

Mitt lies on stage and wins a Debate.

Ryan barges into a non-profit soup kitchen, pretends to clean dishes and leaves after fifteen minutes. All so he can appear compassionate http://huff.to/VfigGb.

The facade of truth doesn’t even matter anymore, because both dudes will come out looking golden.

The idea that someone can start out as a bag-boy and end up the CEO of grocery is a myth. Maybe once this was possible, but that was when the Middle-Class was strong and the government supported it’s citizenry with job and retirement programs.

Another Republican touted myth I hate hearing about is the so-called “Meritocracy.” Mitt didn’t merit his wealth, and the idea that only by hard work and determinism can one earn the American Dream is extremely rare, or just a myth propagated by those who are justifying their immense wealth.

(Put this in your pipe and smoke it: Republicans care more about tax-breaks than earned income tax credits. See what I did there?)

Mitt’s style of Venture Capitalism is a perfect example. He doesn’t make anything, at best he makes money of of what someone else has already made. At worst, and the majority of the time, he profits off of their dismantling.

And what’s more, he can say he is agains’t big government, like the Auto Industry Bailout, while simultaneously profiting off of it http://bit.ly/U9a092. You would think that he would support the bailout as he benefits from it. But if he did he would have to admit to gaming the system. Cheaters don’t often like admitting that they cheat.

One interesting but related side note, many people who decry the Federal Deficit profit off it by buying very reliable US Bonds which have a solid rate of return http://wapo.st/uQ8DNP. Including people who increased the US Debt like George W Bush (can’t find the link saying Bush invests in US Bonds, but buying US Bonds is a common practice among Hedge Funds, because it’s such a safe bet http://bit.ly/RzSHxz).

All that said, I know for a fact that the Obamas earned their place, they may have relied on family or other external sources for support but they never cheated to get where they are. And a little Affirmative Action does not mean they didn’t earn their degrees http://huff.to/T3H6an.

I’m also sure they benefited from Nepotism at some point, but who doesn’t? It’s what you do with it, and whether you come out the other end with enough respect to look yourself in the mirror the next day.

Mitt, obviously hires someone to shave him and brush his teeth, so he has never had the chance to look himself in the eyes. Or maybe he is a Vampire, either way he doesn’t deserve to win… come to think of it Ryan does kinda look like two well known Vampires….hrmmm 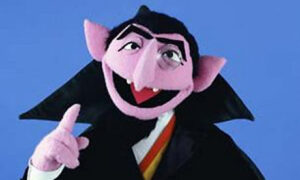